My latest article in the Historica Canada Canadian Encyclopedia is about Field Marshall Julian Hedworth George Byng, 1st Viscount Byng of Vimy, Commander of the Canadian Corps from 1915 to 1917 and Governor General of Canada from 1921 to 1926. Byng led the Canadian Corps to victory at the Battle of Vimy Ridge during the First World War. As governor general, he is best known for his role in the King-Byng Affair, when he formally refused Prime Minister William Lyon Mackenzie King’s advice to dissolve Parliament and call a federal election.

My latest article in the Canadian Encyclopedia is about Marie Evelyn Byng, Viscountess Byng of Vimy, viceregal consort of Canada (1921–26) and author.

Lady Byng donated the Lady Byng Trophy for good sportsmanship to the National Hockey League (NHL) in 1925 (it was renamed the Lady Byng Memorial Trophy after her death in 1949). She returned to Canada during the Second World War and wrote about her impressions of the country in her 1945 memoir, Up the Stream of Time. 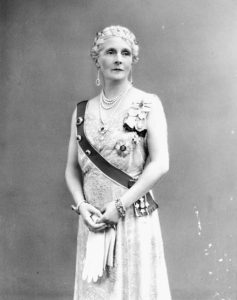 My latest article in the Canadian Encyclopedia is about Her Royal Highness Princess Alice Mary Victoria Augusta Pauline of Albany, Countess of Athlone, viceregal consort of Canada from 1940 to 1946 (born 25 February 1883 in Berkshire, United Kingdom; died 3 January 1981 in London, United Kingdom).

Princess Alice promoted Canadian culture and women’s contributions to the Second World War. She was the last surviving grandchild of Queen Victoria and the last member of the royal family to serve as viceregal consort of Canada.

Click here to read Princess Alice, Countess of Athlone in the Canadian Encyclopedia 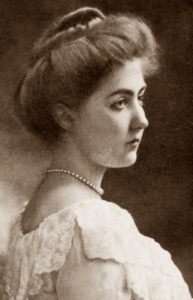 My latest article in the Canadian Encyclopedia is a biography of Princess Patricia of Connaught.

Her Royal Highness Princess Victoria Patricia Helena Elizabeth of Connaught (born 17 March 1886 in London, United Kingdom; died 12 January 1974 in Windlesham, Surrey, United Kingdom). Patricia resided in Canada from 1911 to 1916 and acted as hostess for her father, the Duke of Connaught, during his term as governor general. She gave her name to Princess Patricia’s Canadian Light Infantry and became honorary colonel-in-chief in 1918. A talented artist inspired by Canadian landscapes, she exhibited her paintings in Canadian art exhibitions, and examples of her work remain part of Canadian collections.

My latest article in the Canadian Encyclopedia discusses The Honourable Pauline Vanier, PC, CC (born 28 March 1898 in Montreal, Quebec; died 23 March 1991 in l’Arche, France), vice regal consort of Canada from 1959 to 1967 and chancellor of the University of Ottawa from 1966 to 1973. Vanier was the first woman outside party politics to be appointed to the Queen’s Privy Council. She cofounded the Vanier Institute of the Family in 1965 with her husband, Georges Vanier, and became one of the first companions of the Order of Canada in 1967 for her humanitarian work. 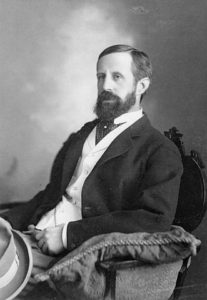 The Earl of Aberdeen

My latest article in the Canadian Encyclopedia is about the Earl of Aberdeen, Governor General of Canada from 1893 to 1898.

As governor general, the Earl of Aberdeen and his wife, Lady Aberdeen, focused on social welfare and engaging with Canadians of various backgrounds and cultures, setting precedents for the philanthropic initiatives of future governors general. Aberdeen also owned an estate in the Okanagan Valley and pioneered commercial fruit growing in the region.

Click here to read my article about the Earl of Aberdeen

Click here to read my article about Lady Aberdeen 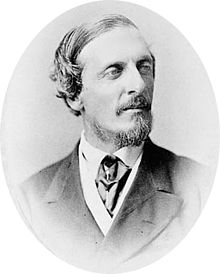 “However, prime ministers and governors general might become best friends anyway. Royal historian Carolyn Harris told the National Post that Sir John A. Macdonald and Lord Dufferin were so close that Macdonald became godfather to the governor general’s son.”

My latest article in the Canadian Encyclopedia is about Lord Dufferin, Governor General of Canada from 1872 to 1878.

Dufferin and his wife, Lady Dufferin, were the first viceregal couple since Confederation to become prominent figures in Canadian society, touring all provinces and meeting with Canadians from a wide variety of regions and social backgrounds. Dufferin set key precedents for future Governors General with his extensive travel and granting of academic and athletic honours to Canadians.

I have also written article for the Canadian Encyclopedia about Lady Dufferin, which is available here. 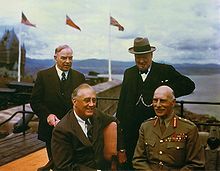