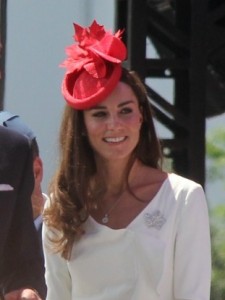 I am quoted in Sun newspapers across Canada today regarding recent poll data that only 29% of Canadians support showcasing the monarchy in Canada.  In the interview, I argue that responses to polls regarding the monarchy change according to the phrasing of the question.

This particular poll probably received favourable responses from only 29% of Canadians (with higher numbers in British Columbia and lower numbers in Quebec) because the word “showcasing” evokes images of expensive celebrations occurring to honour royal visits in a time of comparative fiscal austerity.

In contrast, a January 2012 poll discussed by the Ottawa Citizen asked whether respondents were in favour of abolishing the monarchy after Queen Elizabeth II dies. The result was an even split with 43% in favour, 43% against and 14% with no specific opinion. Once again, the phrasing of the question probably strongly influenced results. There is clearly greater support in Canada for continued ties to the constitutional monarchy than there is for “showcasing” the monarchy within Canada. The reference to Elizabeth II’s death, however, probably evoked concerns regarding Prince Charles’s eventual kingship, once again influencing responses to the poll.

Of course, the value of all this polling data is called into question by evidence of widespread confusion regarding the structure of Canada’s government. As recently as 2002, when Elizabeth II celebrated her Golden Jubilee, only 5% of respondents to an Epsos-Reid poll were aware that the Queen is Canada’s head of state with 69% assuming that the Prime Minister (the Head of Government) occupied this role. Regardless of the question, polls measuring support for the monarchy are undoubtedly influenced by this misunderstanding of how Canada’s government is structured. Greater awareness of Canada as a constitutional monarchy is necessary for reliable data to be gathered regarding Canadian attitudes toward the Queen and her successors.